Sharing common values such as strong belief in collaboration and collective work, willingness to develop and pursuit of excellence, Brocatelle adhered to “Ameublement français” association aimed at the professionals specialised in furnishings manufacturing and living spaces design.

The Ameublement français commitment promotes the wood and stone industries’ image, participates in diffusion and outreach of the French savoir-faire, and boosts market development both on national and international levels.

Furthermore, Brocatelle is proud to be part of the Ameublement français Co-contractor platform.

You can meet with us during certain events organised by the association such as networking sessions called Speed Dating or during the award ceremony ‘Palmarès Contract’ at the EquipHotel trade show. 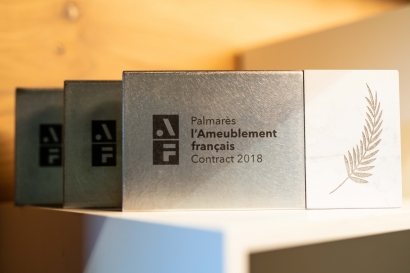