Public order of a contemporary artwork
The project was initiated by Father Jacques Lefebvre and the cultural association of the “Plateau Mellois”. It was supported by the State, the Regional Department of Cultural Affairs (DRAC) and the City Council of Melle.

Designer of the artwork: Mathieu Lehanneur – Since 1974 – Paris.

The place
St. Hilaire church is the most famous Romanesque building in Poitou-Charentes. In 1887 the church was listed as a French historical monument. In 1998 UNESCO added St. Hilaire to the World Heritage List as an important pilgrimage stop along the Route of Santiago de Compostela.

The realisation of the project
The podium is composed of 50 strata of 15mm thick Namibia marble, representing a total of 966 pieces, all different in shape and size.
The podium dominates the choir space which is encircled by Romanesque columns. The thin layers of white marble undulating with concave and convex curves hug the bases of the columns. This meeting of podium to column beautifully blends architectural heritage and contemporary design.
At the rear of the podium a recess from stratum 3 to stratum 25 forms the baptistery. Whereas to the side the celebrant’s seat rises from stratum 25 to 50.

Furniture – the altar and ambo are made of alabaster. The assembled and glued stone elements give the illusion of solid furniture. The furniture contains the sound system, accessible by service hatches.
The colours and shades of alabaster echo the tones of the XIth century church. This repetition of colour gives a strong visual impact and forms a harmonious whole.


This artwork was inaugurated in Spring 2011 by the Ministry of Culture. 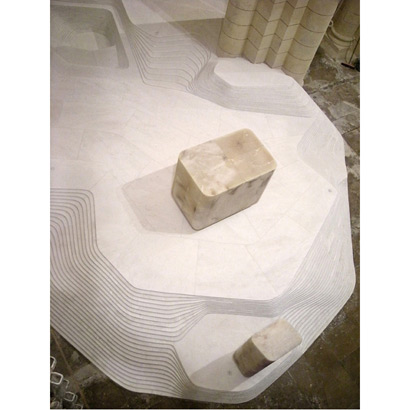 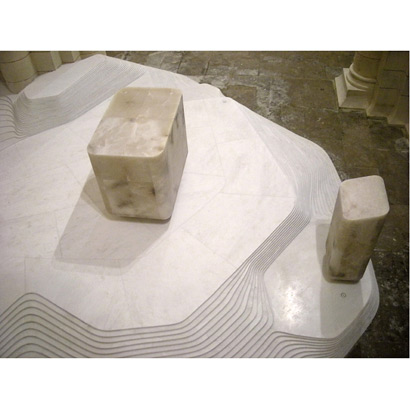 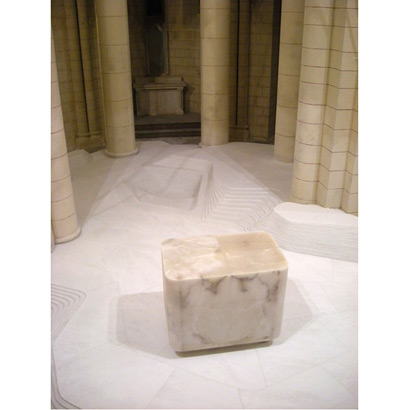 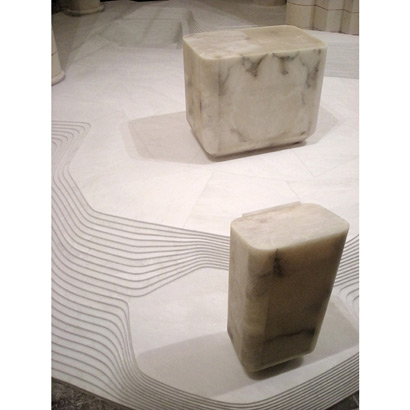 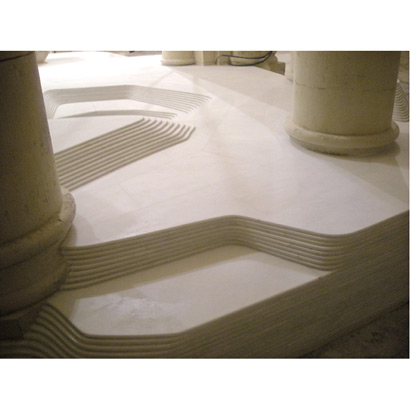 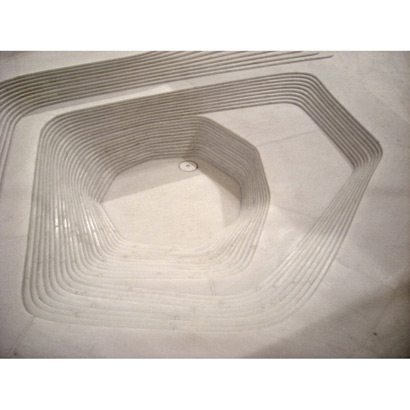 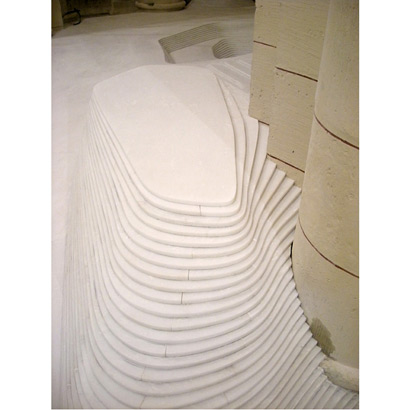 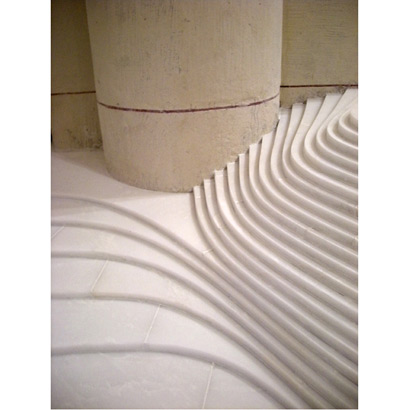 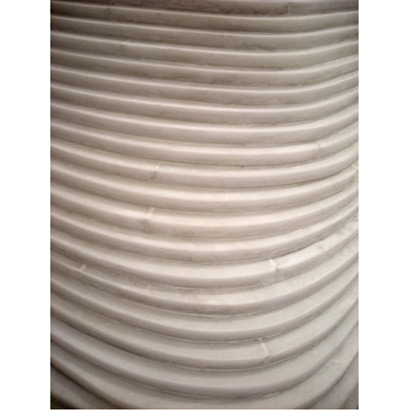 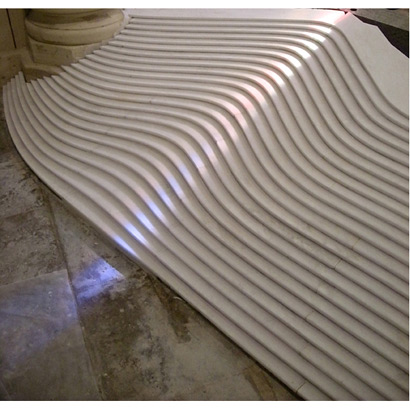